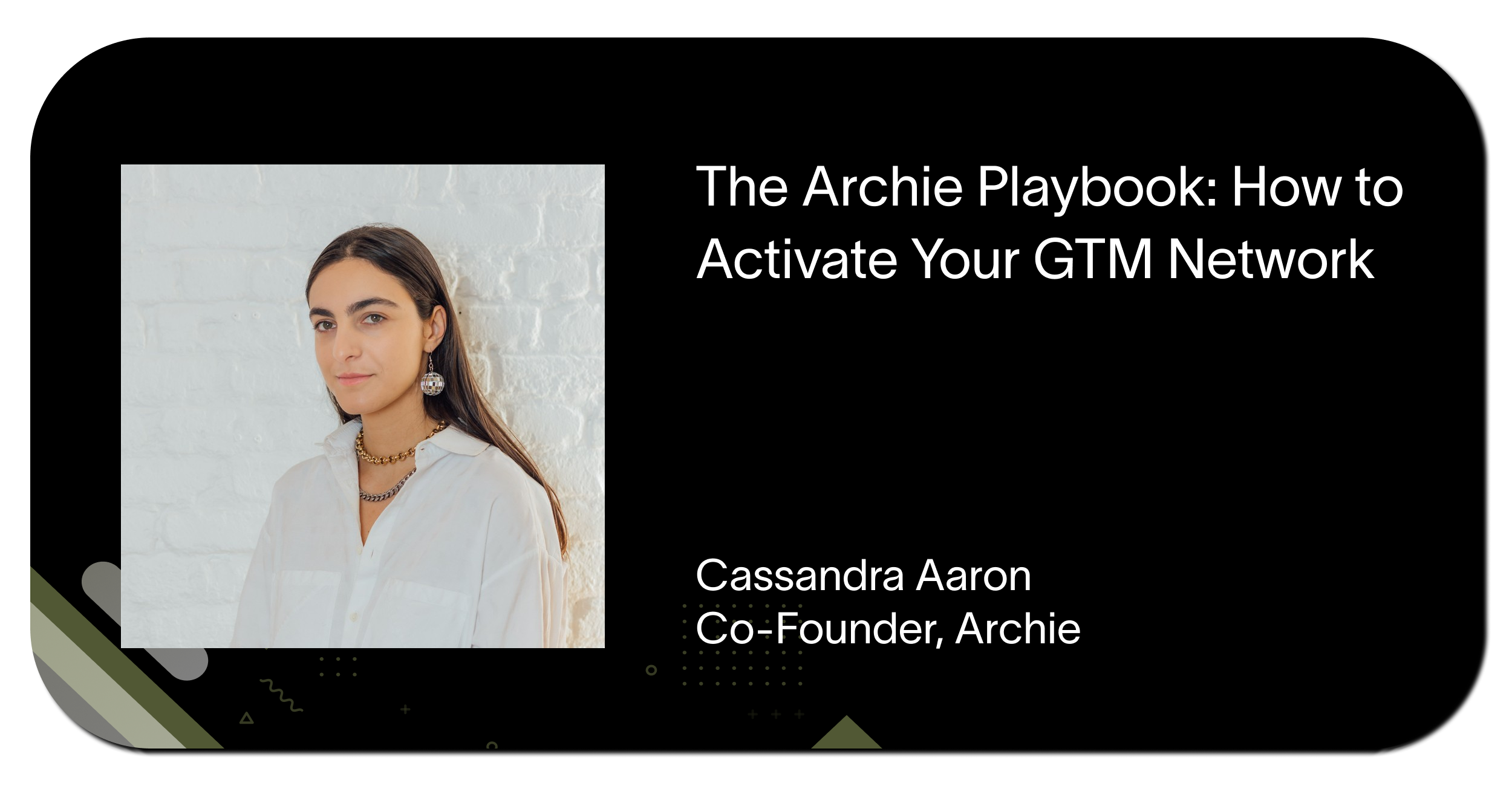 The Archie Playbook: How to Activate Your GTM Network

Cassandra Aaron, Co-Founder of Archie, deep dives into how founders can codify and activate their networks for a network-led GTM strategy.
Read more 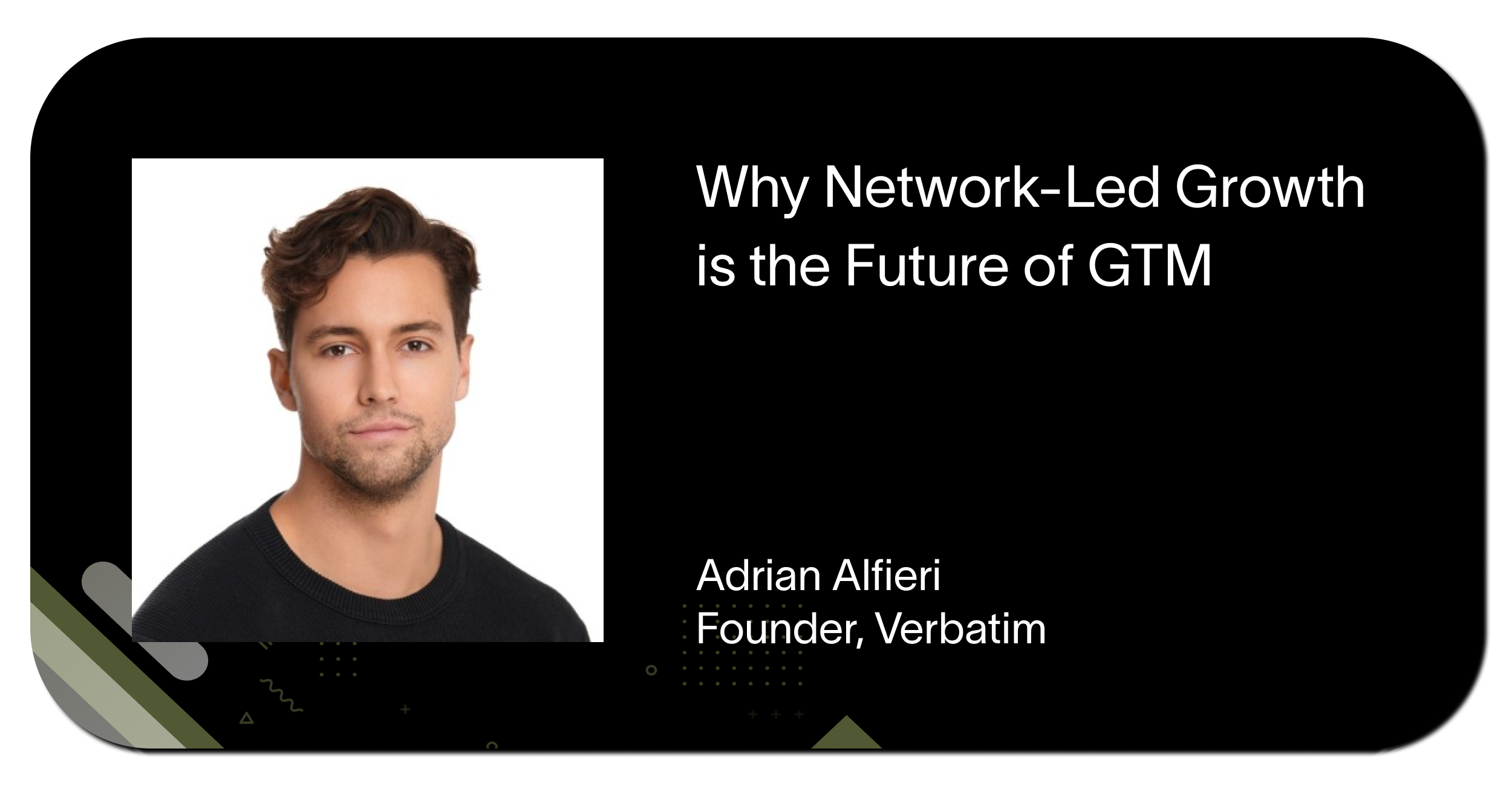 Why Network-Led Growth is the Future of GTM

Drop us a line to get started

Thank you! Your submission has been received!
Oops! Something went wrong while submitting the form.